The story of two young, cashed up Oppo’s in the Puss The moral of this tale is that your income can be VERY disposable in the true sense of the word, or an affordable portion can fuel a property investment portfolio so you have better lifestyle choices ahead in the longer term.

One Oppo lived happily ever after with lots of choices

At the formative age of 18, he entered the Navy. He loved his job – a Navy Clearance Diver. He excelled, soaking up 15 years of career highlights and challenges. He left the Navy at 33, after progressing to the rank of POCD.

Now, Jack was shrewd with his money. He saved as much as he could but he had a passion for toys. He bought nice cars and dressed well. He saved what was left in a cash interest bearing account. He paid tax on the interest he earned from his cash savings.

He left the RAN with just over $250,000 in saving to start his new civvy life.  He quickly realised how hard it was to purchase a house in Sydney and maintain a good quality of life. He wished he had used his money smarter.

Meet John (33), shrewd with his money, invested in property

Like his lifelong friend Jack, John also entered the Navy at the age of 17. He loved his job too – a Navy Marine Technician. He excelled, soaking up years of career highlights and challenges.  He chose to leave the Navy at the same age that Jack did, at 33 after progressing to the rank of LSMT.

Now, John was very shrewd with his money. In the early days in the Navy he was offered the opportunity to invest in property. He sat down and listened to an experienced and knowledgeable property investor and growth strategy expert.

His newly found mentor explained how the investment property could save him tax, give good capital growth and set him up for a wealthier retirement. The mentor found good properties in the major Capital cities, and helped John find a good accountant and financier, oversaw the construction and ensured John had a rent paying tenant as soon as the home was ready.

Maintaining the home cost John less than five lunches per week ($50 at the time) after he received his tenant’s income along with taxation benefits. The home also grew at a modest 7% per year on average, tax free. A few years’ down the track as John’s wage grew and the home gained in value, John contacted his mentor and trusted advisor and purchased his next investment property.

Over his fifteen and bit in the Navy, John acquired five properties and paid five cents in the dollar in tax.

He was set up for life – AND HE GOT TO RIDE IN ALL JACK’S CARS OVER THE YEARS!

Most importantly, John had income earning assets giving him choice about which path he could take next in his new civvy life.

If you have a choice, whose lead will you take from this tale?

Get some experts around you to help you on your way.

Capital Properties
Our Story Our mission
Property investment education is a great start. We want to help you turn your disposable Defence income into the kind of financial freedom that your parents and your grandparents will want to brag about. We understand the unique demands of Defence life. We’re an approachable bunch of energetic, knowledgeable property investment experts with ex-Defence personnel within our ranks. In fact, our Founder, Marcus Westnedge started right where you are now.
PrevPreviousHow to choose the right insurances for your investment property
NextHow to keep good tenants eager to renew their leaseNext 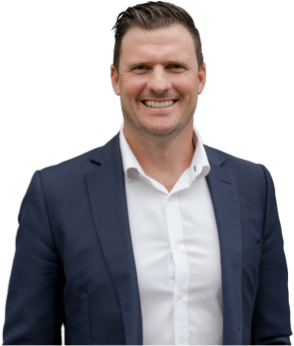